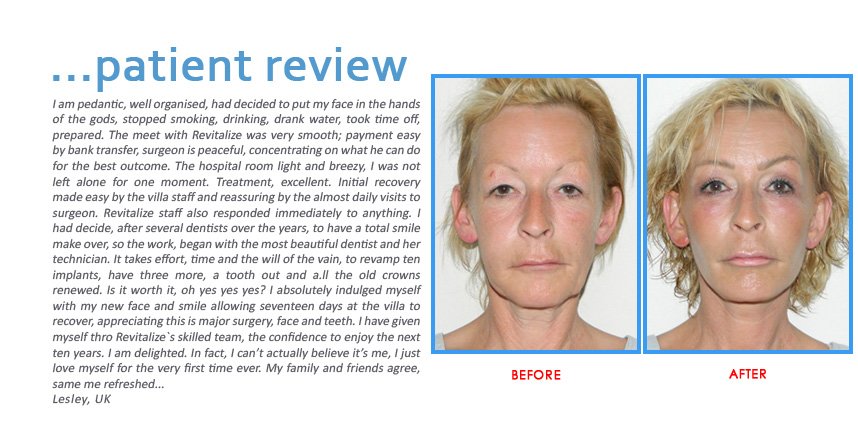 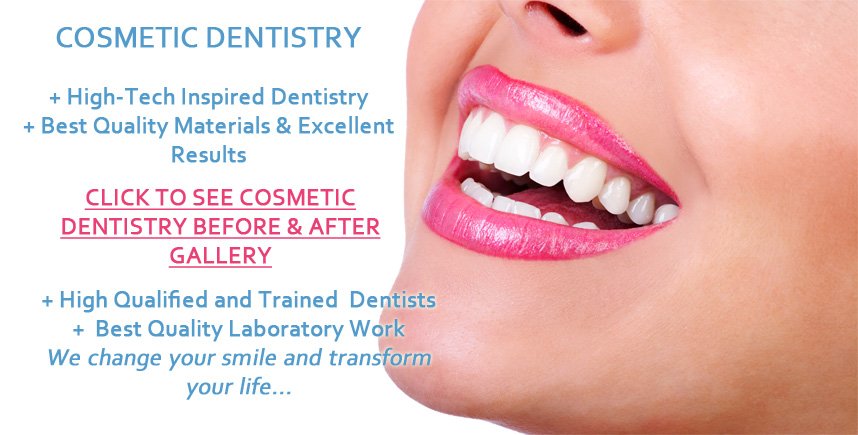 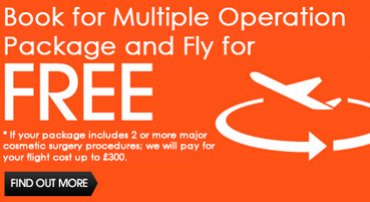 Defy age and the challenges thrown at you by time with Revitalize Health in Izmir, Turkey! 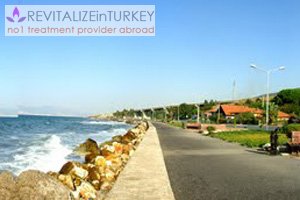 Special Deluxe Villa
RevitalizeinTurkey is one of the few clinics abroad to offer an unrivaled after-care service with its dedicated team of specialist, carers and medical advisors.
Click Here

Abdominoplasty - Tummy Tuck can dramatically reduce the appearance of a protruding abdomen. Especially, abdominal deformities caused by pregnancies are well treated by tummy tuck. Mini tummy tucks, or partial abdominiplasty, is a similar procedure that targets the lower abdomen only. This procedure is much less invasive and shorter than a full tummy tuck. The result is an enhanced appearance and a significant increase in your self-esteem and confidence.

In abdominaplasty - Tummy Tuck, generally, a horizontal incision is placed just within or above the pubic area. The length of the incision, which extends laterally toward the pelvic bones, depends largely on the amount of skin to be removed. The contour of this incision will vary somewhat according to the structure of your abdomen and the style of bathing suit or undergarments that you prefer. Our plastic surgeon will try to keep the incision within your bathing suit lines.

In some cases when some patients having loose skin above the navel are involved, the surgeon may make a second incision around the navel so that the redundant skin above it can be pulled down. The excess abdominal skin is then removed. The position of the navel remains unchanged. Abdominaplasty - Tummy Tuck - can It can also be performed at the same time as other cosmetic procedures such as breast or facial surgery. Liposuction of the hips and other areas can be performed at the same time with an abdominoplasty - Tummy Tuck.

During the past decade, liposuction, which is also known as "lipoplasty" or "suction lipectomy," has benefited from several new refinements. Today, a number of new techniques, including ultrasound-assisted lipoplasty (UAL), the tumescent technique, and the super-wet technique, are helping many plastic surgeons to provide selected patients with more precise results and quicker recovery times. Although no type of liposuction is a substitute for dieting and exercise, liposuction can remove stubborn areas of fat that don't respond to traditional weight-loss methods.

Dry Technique Dry Technique (no longer used) required general anesthesia. The dry technique derived its name from the fact that it did not use injections of local anesthesia into the fat before liposuction. This technique was abandoned because of the excessive blood loss it caused. Blood composed approximately thirty percent (30%) of the tissue that was removed by liposuction using the dry technique.

Ultrasonic Assisted Liposuction (UAL) requires the use of a large volume of tumescent fluid and uses either a metal probe or metal paddle to deliver ultrasonic energy and heat into subcutaneous fat. Internal UAL is the term used to describe the technique where a long metal probe, which may be solid or hollow, is inserted into fat through a large incision. Among those surgeons who do internal UAL, most rely on the use of general anesthesia or heavy IV sedation. Internal UAL has largely been abandoned because of the risk of full-thickness skin burns and severe scaring.

Power Assisted Liposuction (PAL) devices have recently become available. PAL devices use power supplied by an electric motor or compressed air to produce either a rapid in-and-out movement or a spinning rotation of an attached liposuction cannula. Advocates of PAL assert that it makes liposuction easier for the surgeon. While some liposuction surgeons have expressed enthusiasm about PAL, many others remain skeptical about any advantages of PAL. There are no objective scientific publications to support the enthusiastic claims made by manufacturers of PAL devices.

There are no comments yet!
You must be a member or login to post comments
Book Free Consultation Arrange Call Back Request Brochure Tailor Your Package